From Osaka to Asia and the World

Welcome to the EO Osaka website. We are happy to introduce our organization and our region to international guests. EO Osaka was established as Japan’s second EO chapter. Comprising highly motivated, innovative members, we strive to lead businesses both in Japan and Asia, drawing on the traditions and culture unique to Osaka.First, we would like to take this opportunity to express our heartfelt gratitude to our friends from all over the world for their strong support and kind words of sympathy following the unprecedented earthquake and tsunami disaster that struck our country on March 11, 2011. Although there still remain numerous challenges to address, we, the young business leaders composing EO Osaka, are determined to unite our strengths to make sure that Japan will arise from this catastrophe a stronger nation.

Let us begin with a brief overview of Osaka, the city and prefecture where EO Osaka is located. While the second smallest in size of all 47 prefectures in Japan, Osaka is the third largest prefecture by population—nearly 8.9 million—after Tokyo and Kanagawa. Comparable to Tokyo, which undoubtedly leads eastern Japan, Osaka functions as the center of western Japan and also contains the second largest city in the country, leading economic, industrial, academic and cultural development in the region. The region that comprises Osaka Prefecture and the other surrounding prefectures of Kyoto, Hyogo, Shiga, Nara, and Wakayama are collectively called “Kinki” or “Kansai.”

Located a little over 310 miles from Tokyo, travel time between Osaka and Tokyo is about two and half hours by shinkansen bullet train, the main artery of Japan’s rail transport. By air, travel time is only about one hour. And travel time between Osaka and Kyoto is about 30 minutes by train. Osaka Prefecture has two airports: Kansai International Airport (KIX) and Osaka International Airport (Itami Airport, or ITM), and passengers can use whichever airport better serves their business and tourism needs. 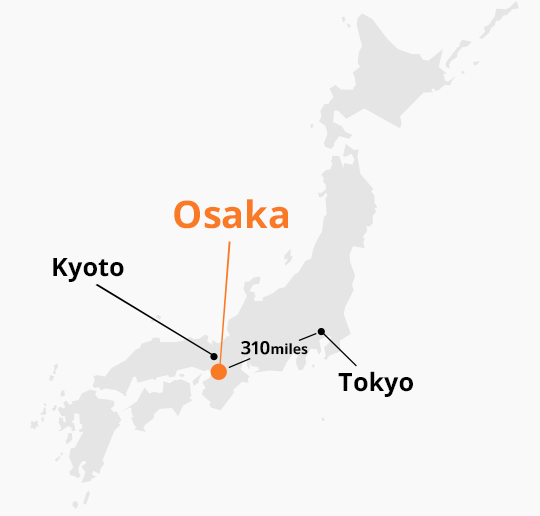 Osaka’s role in shaping Japanese history together with Kyoto

The history of Osaka is long and eventful. In the 7th century, an ancient state began to take shape on the Japanese archipelago. About that time, the first castle town in the history of Japan was built in the area where Osaka is today. Although the country’s capital was later moved to the neighboring city of Nara and then to Kyoto, together with these two major cities, Osaka continued playing an important role in developing Japan’s history and culture. After the capital was relocated to Edo (present-day Tokyo) in the 17th century, Edo (Tokyo), Osaka, and Kyoto began fulfilling different roles so as to disperse risks associated with governing the long island nation stretching from north to south. Specifically, Tokyo began to function as the political center of the nation, Osaka as the economic center, and Kyoto the cultural center.

Since ancient times, Japan’s economy had been based mainly on rice. However, in the early modern period, coins began coming into wider use as currency. To make the most of that trend, free-spirited, enterprising merchants in Osaka, where commerce was already thriving, built moats and canals around the castle, thereby establishing trade and distribution infrastructures. As a result, rice was collected in Osaka from all over Japan and Osaka began to be called the “nation’s kitchen.” This made Osaka the country’s largest rice distribution center, with the city’s Dojima Rice Exchange conducting the first organized futures transactions in the modern world. Even after the modern times, Osaka continued developing as one of Japan’s economic and industrial centers. After World War II, numerous trading companies were founded in Osaka, selling “Made in Japan” products to the world.

Osaka has produced numerous legendary and outstanding entrepreneurs such as Konosuke Matsushita, founder of one of the world’s leading electronics manufacturers, Momofuku Ando, inventor of the world’s first instant noodles, and Ichizo Kobayashi, creator of a private railway business model. It is probably not an overstatement to say that Osaka’s entrepreneurial spirit derives from the qualities characteristic of its people, represented by creativity and strength to tackle any challenges as opportunities and trying to overcome them, the tendency to value warm interpersonal ties, and a cheerful attitude.

Leading the industries of Japan, a country that has long sought and achieved economic development based on technological advancement, Osaka has many small and medium-size companies that support the country’s major industries. What is particularly noteworthy about such supporting industries is the diversity of small factories concentrated mainly in the eastern part of Osaka including Higashi-Osaka, each of which boasts its own unique technologies. These world-class technologies, including world-leading metal processing technologies and a whole panoply of proprietary manufacturing technologies available nowhere else, draw the attention not only of Japanese companies but of major multinational corporations as well. These small factories in Higashi-Osaka roll out one cutting-edge technology after another literally on a daily basis and are expected to develop new technologies that may serve as next-generation business seeds.

Kansai is home to many universities and laboratories that are on the leading edge of life science studies. Among other cities, in Osaka, which has long been known for its pharmaceutical industry, industry-government-academia joint research and development projects are actively being carried out in the field of biotechnology. Kansai is also abundant in human resources, especially researchers affiliated with companies and universities that engage in technological development in the field of robotics. Industry-government-academia joint efforts are underway to develop technologies and create business seeds for the medical and nursing care industries, where the application of robot technology is expected to make a lot of difference.

The Kansai region, especially Osaka, is characterized by the long history of cooperation and great trade volume with South Korea as well as by the extremely large number of companies in business ties with South Korea. Meanwhile, the ancient cities of Kyoto and Nara, illustrated by their many historic sites, fostered close ties and carried out cultural and human exchanges with the Korean Peninsula for many centuries. Also known for its close relations with China, the Kansai region, especially Osaka, are expected to play a more important role in the years ahead when cooperation among East Asian countries is viewed as being even more essential than before. 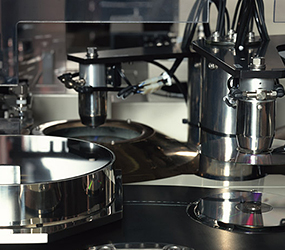 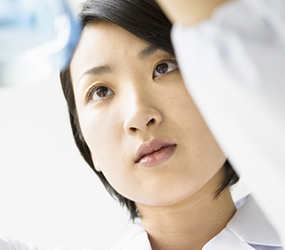 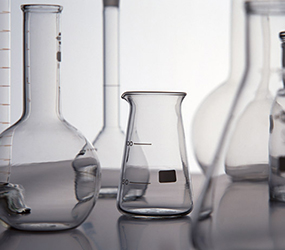 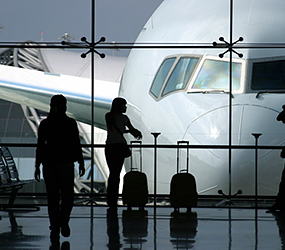